The Newtown Public Library was the culmination of two referendums, ten years apart, and the efforts of two study committees. The Women’s Club of Newtown Square in the early sixties resulting in a referendum that proposed building a library on the Grim School grounds. It was defeated by approximately two hundred votes.

In the late sixties the Republican Committee of Newtown made a campaign promise to study the feasibility of establishing library services in Newtown. They appointed a library study committee in June 1970, and in November 1971 another referendum was held. This time the voters were asked to approve up to a three-mill tax to provide library services for the township. This too was defeated by the same margin as the earlier vote. After the election, the study committee was asked to regroup and continue searching for ways to establish a library. Despite the negative vote, the supervisors felt strongly that Newtown needed a library and that voters had turned down the tax not a library. They promised to cover the cost of rent and utilities when a suitable building could be found.

In August of 1973 the study committee was dissolved and the first Library Board of Directors was appointed by the supervisors. The board consisted of: Madaleen Ellis, Chairman; Doris Hoppmann, Vice-Chairman; Richard Suplee, Treasurer; Grace Smith, Secretary; Charlotte Roede; Frank Altrichter; and Joan Barnhart. Six of the seven had been on the original study committee appointed in 1970. Dorothy Sidlowe, the first office manager, and Nancy Smith, the first director of volunteers, worked very closely with the board.

In 1988, a part time children’s librarian was hired, and in 1992 the first paid Library Director. Since then, several part time paid staff have been added. Our volunteers continue to be an integral part of the library. These dedicated men and women make it possible for the library to remain open and provide library services to the community. Without them, this library would not have succeeded. 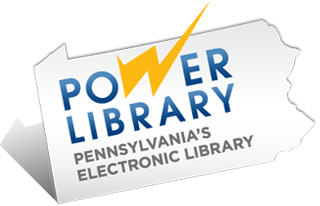